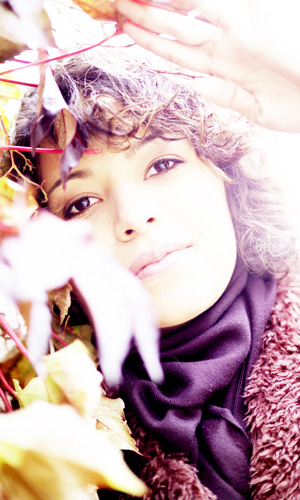 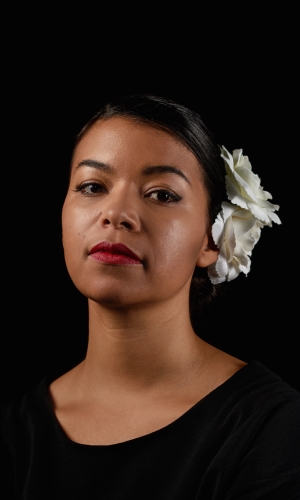 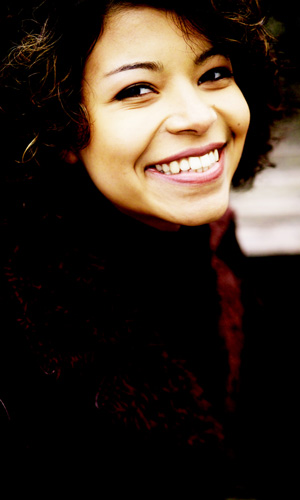 Nicole Herzog, daugther of a Congolese mother and a Swiss father. At the age of 4 Nicole started taking lessons in classical ballet, and until her 16th birthday she pursued her dream of becoming a professional dancer. Singing and playing the piano had been just two more hobbies for a long years. Her passion for solo singing sparked when she participated in a musical organized by her high school. She kept singing in regional pop, soul, R'n'B and funk bands.

Because of a rising interest in Jazz, she applied for the International Jazzfestival Generations 2004, where she participated in workshops held by Adrian Mears, Ira Coleman, Lewis Nash, Dick Oatts and others. At Generations 2004 Nicole was awarded a place in the fellowship band, with which she toured in Germany (Jazzclub Unterfahrt München) and Switzerland under supervision of Roman Schwaller and Adrian Mears.

Subsequently Nicole devoted herself to her studies in International Relations, which she concluded with a bachelor at the University of Geneva. The studies did not keep her from making music. In Adrian Mears she found a composer, arranger and musician who was able to write challenging and varied compositions and arrangements suiting Nicole's voice. The result of this collaboration can be be found on the CD "Time Will Tell – Nicole Herzog Septet feat. Adrian Mears", which was published under the TCB Montreux Jazz Label in September 2008.

Nicole completed her Master in European Studies from the University of Basel in December 2011.

In 2012 Nicole founded together with the Bernese pianist Stewy von Wattenwyl the "Nicole Herzog & Stewy von Wattenwyl Group" and published an album “INTIMACY" (Brambus Records Label). This collaboration was a big succes. Together, Nicole and Stewy, won the Radio Swiss  Jazz Award 2014.

In autumn 2015 Nicole and Stewy recorded their second album together, "I LOVES YOU BILLIE", which was published mid-march 2016.

In mai 2016 Nicole got the opportunity to make a recording with the legendary US-tenorsaxophonist Don Menza. The album "THAT'S LIFE" (Label Musiques Suisses) is going to be released in autumn 2016.

Nicole lives with her little family in Copenhagen and regularly performs in Switzerland, South Germany, Austria, France and China.